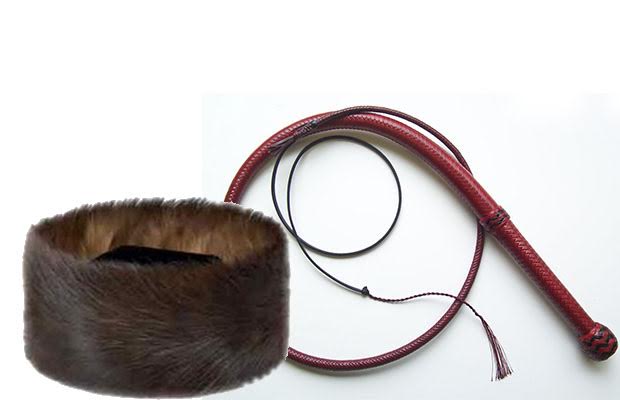 This article was originally published anonymously on Jewrotica.

She unzipped his talis bag gingerly

We at Schreiber and Schuster are proud to present our newest line of books: Frumotica – adult novels for the discerning ultra-orthodox reader. Below are some excerpts from our all-time bestselling series, 50 Shades of Schwartz.

“Oh Berel,” she laughed shyly. “You make me feel so young and innocent, As pure as the powdered sugar on top of a jelly donut.”

“The donut might look that way on the surface, growled Berel. “But right below that sweet exterior is a hot. Oily. Sticky. Red. Hole.”

With every word, Berel Schwartz tore off one of her five shawls. She stood there, arms wrapped around herself, feeling very exposed in just her under three undershirts and one extra undershawl. But although the air was chilly and she was only half dressed, she felt herself grow warmer than a glass menorah box on the last day of Hanukkah.

—
“We’ve been going out for so long, and yet I feel like I barely know you! It feels like ages since our first date, and really it was just last week.”

“Second dates are like that,” smiled Berel, with an experienced look. He had made it to second date with many women before.

“Have you ever touched a boy’s Tefilin before?” He asked kindly.

“Go ahead, try it,” encouraged Berel. She unzipped his Tefilin bag gingerly, feeling the two big bulges in their sack.

“I can’t believe how large they are,” she gasped.

Berel chuckled, “that’s what you get when you order Chabad.”

—
I’m not wearing any stockings, Feiga whispered into Berel’s ear.

His face remained expressionless, but she detected a slight twitch at the corner of his mouth that showed that he was pleased with her. Slowly, Feiga began unclipping her sheitel. Taking her time, she gazed seductively at Berel, until the tension became too great for him to bear and he ripped off his kappote in one long fluid motion and jumped directly into the mikvah.

—
Feiga was on top this time. She gripped the shaft firmly and groaned, as Berel gave one last heave and deposited the load at the top of the staircase. He was panting, and she couldn’t help but notice how attractive he looked when he carried the baby stroller up the five flights of stairs with her. She recalled with fondness those times in her distant past when she wasn’t menstruating and he passed things directly into her hand, or when they drank out of the same Kiddush cup. She felt her insides grow hotter than a bonfire on Lag Baomer.
—
“Who knew something so small could be so sensitive?” wondered Berel. It had taken some getting used to – the thing was almost over responsive and hard to predict. But when it did work, it was like magic. Over time, he became adept at manipulating that little red button and achieving incredible results. So although he’d been told that newer laptops didn’t even have it anymore, he was perfectly content using his antiquated kosher laptop’s pointing stick.
—
She couldn’t see a thing. Berel had placed an El-Al flight mask over her eyes, and had tied her arms to the bedposts using both his Shabbos and his everyday Gartel belts. She was trapped, she knew, like gefilte fish in a jar. But she was loving it, and she quivered in anticipation, like gefilte fish in a jar. He removed his shtreimel and began spinning it, brushing the luxurious fur all over her exposed flesh. Her neck had never felt more sensitive than it did now.
—
“You know,” remarked Berel languidly, eying her. “The tradition before Rosh Hashana is to administer lashes to those who have sinned.”

“Shhh,” said Berel, placing a finger over her lips. He began unbuckling his belt with his other hand, and Feiga felt herself grow warmer than a fresh bowl of Cholent.

Berel reassured her. “With Rabbi Shimon Bar Yochai as my witness, I would never hurt you.”

—
“Have you ever done three in a row before?” asked Berel, noticing the concerned look on her face.

“No,” said Feiga, it’s more than I feel prepared for, and I’ll also probably be quite smelly by the end.

“It’s ok,” said Berel, patting her reassuringly on the arm. “Just take it one at a time, and it’ll be over before you know it. Besides, you can always cook during Rosh Hashanah for the Shabbat afterwards.”

—
“Oh Berel, I want to have all 13 of your children,” moaned Feiga, as spasm after spasm ripped through her body. Berel hovered above her.

She felt herself stretching, more than she ever thought possible – it was so big.

“That’s my girl,” whispered Berel, as she collapsed onto the bed, panting and sweating.

A soft cry filled the room as the midwife cried, “Mazal tov! It’s a boy!”