Tales from my Childhood – Chapter #1: Kindergarten 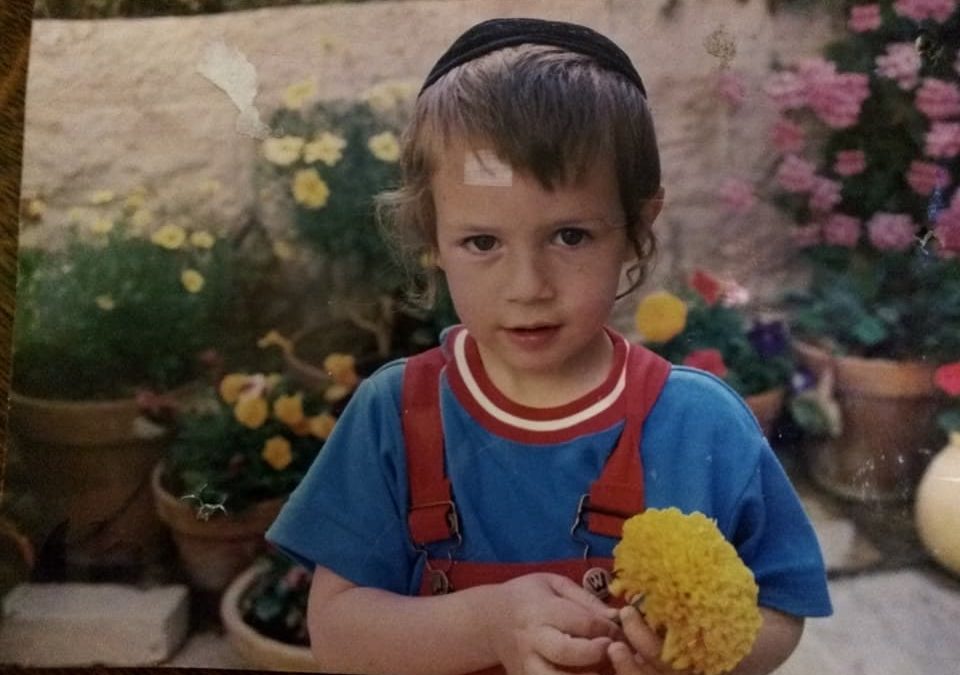 I hated Morah Tova for about 12 years. I was proud of how much I hated her. My mother says she was a frustrated artist. I remember telling her she was not invited to my birthday party. She seemed unfazed.

I hated going to kindergarten. I would cry, I am told, every morning on the way there. My daughter does the same thing now, and I feel terrible for passing on the injustice to the next generation.

I missed my mother. I just wanted to be with her, to be home. Where things were familiar and I understood what was happening. The kids would open their mouths and say things, and I only kind of understood – my mother tongue was English and they only spoke Hebrew.

One day one of the kids told me he’d seen my mother pass by on the street below, and that she’d something at him. I didn’t understand the word, it must have been smiled or waved or something. I desperately leaned against the bars of the courtyard hopeing I’d catch a glimpse and she’d something at me too.

There was this one absolutely tiny kid in the class.Even smaller than myself. I still remember his name – Pinchas. Everyone used to pick on him, call him shitty names, beat him up. Evil arises in human from a young age. I used to join in, at least in spirit and the name calling. It always feels good on some level to be the victimizer instead of the victim.

I felt guilty about it for years afterwards. “He who calls someone else a nickname has no place in the world to come.” I had once called him a name. Was my entire purpose on earth forfeited because of one action at the age of four? I could only assume so.

My mouth always got me in trouble. There was this singsong benching tune that everyone would say together after we’d eaten bread for our snack. I was joking with a friend even as the song started. The teacher came over and took my Kippa off my head.

Now I could no longer bench even if I wanted to. I was terribly humiliated, it was like being naked in front of the class. I tried covering my head with my hand, but it didn’t work very well. It lasted forever, and it’s one of my worst memories to this day.

Another time, the school rabbi was in the middle of preaching to us about the parsha. We were supposed to sit quietly on our chairs with our arms crossed. I could resist and I leaned over and said something to the kid next to me. Something hilarious, I’m sure. I’m just a fountain of wit.

The rabbi reprimanded me, and for the rest of the class referred to me as “Tzvi Shalom”. For, just as I was doing the reverse of what I was instructed to, so too was he referring to me with my names in reverse. A very rabbinic thought, to be sure. Everyone laughed and again I was mortified. That’s two for two on worse memories ever.

When bad memories go that far back, they become a part of who you are. There isn’t you and then the memory. It’s just a blackness that’s a part of your being. It’s very hard to shake it, even after years of therapy and hypnosis.

I acknowledge an internal negativity bias that remembers the bad a lot more than the good, but when I think back on my childhood I see mostly blackness, and Gan is mostly a void, devoid of many specific memories.