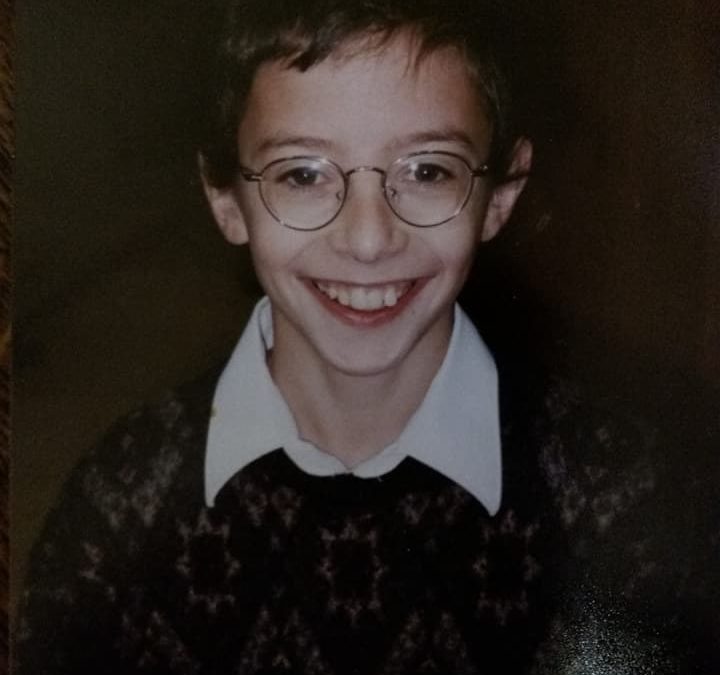 We didn’t have summer vacation at school. We studied every single day of the year. So the transition from one grade to the next was a simple act of gathering up your books one morning and moving over to the next classroom.

The transition to 6th grade, I was in for a rude awakening. Studying Tanach was piece of cake for me. Need me to read all of Navi 24 times? No problem, I’d read with the rest of them while building fantastic daydreams in my mind. Tales of heroic adventures, always with me as the superhero. If we were spot-tested, I was always exactly in the right place.

Then came Mishna. Mishna is “Torah Shbeal peh”, oral law; success with Mishna was all about memorizing shit. Not understanding it, not remember the general gist of things. Remembering it word for word.

I would have so many questions about what we were studying, but the Rabbis didn’t bother answering them. I thought at the time that it was me who was dense, or that the rabbis couldn’t be bothered. In retrospect I was the only one who cared and the teachers didn’t know the answers. I would sit, with my arm wildly outstretched to ask a question, while the rabbi blatantly and consistently ignored me. I didn’t get the hint.

I was invisible, but I didn’t know why.

I needed to know the answers. It was absolutely imperative that I understood everything. I could not live with myself with absence of total clarity. But I was told that the answers would come when we learned Gemarah, and that that wasn’t the point of the Mishna.

I still had to be the best in class, except best was a whole lot harder. I have a great memory for information, but it’s never without understanding the thing first, and it’s never verbatim. So all my talent served me for shit in this new criteria of success.

So even after ending school at 6pm (after starting at 7:30), I’d go study at aish for another hour after dinner. And it showed some results. I sort of scraped by and my efforts were appreciated. I held my own as one of the better kids in class, and aish guys would stop by while I was studying and marvel at this kid who knew “all of Mishna by heart”.

I had Reb Yisroel Schechter for two years, and I hated him. He was intense, but without focus. He was a total space cadet and I had very little respect for someone who tucked his shirt into his underwear and never noticed when my hand was raised. The third year, 8th grade, we had Reb Yosef Zilberman, who was a lot more fun. We were the oldest class in elementary school, and we were part of the inside joke that was his running of the school.

My parents had me tutored in English reading after school. I hated it at the time, but it’s one of the best things they ever did for me. I had since become a voracious English reader, it was a gateway to world that were much better than mine.

We didn’t have a schoolyard, we’d just pile into the street outside the school building. And every chance I had, I would run home, which was right around the corner, to read books in English. From Harry Potter to Mark Twain, from E. Nesbit to C.S. Lewis, that was the part of my day I most enjoyed. It was not something I could share with anyone in class, because most of them didn’t speak English and almost none of them read literature.

I wasn’t allowed to bring those books to school, nor was I supposed to go home every break. But milling around like everyone else did was so boring, and everyone was so lame, that reading at home was all I had.

We weren’t allowed to play soccer, because it was too popular in secular society. And anyway, everyone always seemed to kick the ball directly at my head, twisting my glasses as they crushed into my face. I made a terrible goalie, much prefer to duck when disaster approached.

I remember once smuggling an English book into school. It was about the American Civil war, which I was an expert on. They had never heard of it before. They crowded around the book, and asked a million questions about it, the same way African children did when seeing a camera for the first time. I awkwardly and pretentiously tried explaining things to them, but there were layers of concepts I needed to explain to give my answers context. I don’t think they understood.

The window in my 8th grade classroom was broken, and I remember sitting beside it in the wintertime and freezing my ass off. I proceeded to get pneumonia, which kept me out of school for 5 weeks. Missing school was always fun, but underlying it was the panic of how much information I’d need to make up when I got back.

I was officially the shortest kid in class, non-assertive, and weird. I’d have made a really good arts and theatre nerd, but Zilbermans was about as far away from an arts school as you could get.

Chananya Kremer assumed the role of class bully, and I remember one of his favorite activities was grabbing a handful of my hair and leading me by it around the schoolyard – which was also the street. I would laugh awkwardly, because what else could I do? He once did it in front of my mother, but I assume she didn’t know how to react, or if I was just playing. Because she did nothing.