Tales from my Childhood – Chapter #2: Cheder 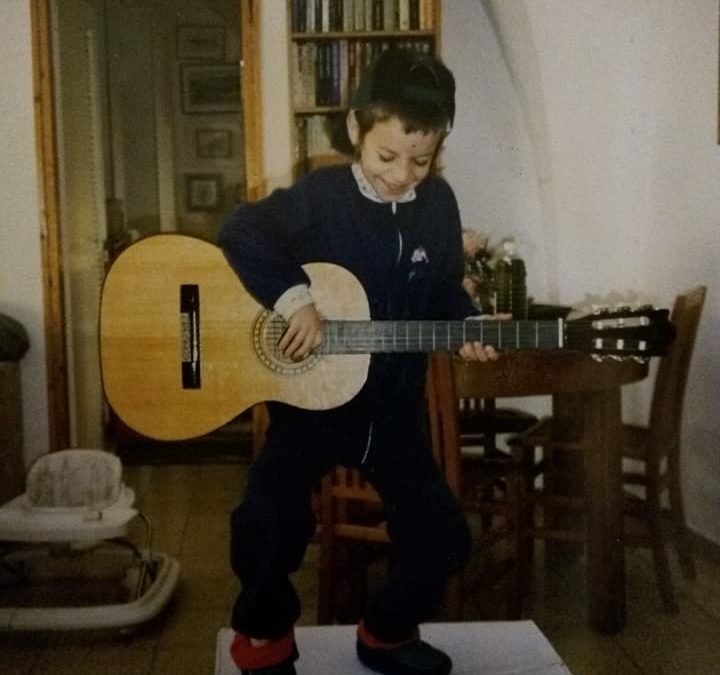 I used to walk by the cheder at any time of day or night and just hear singing from within. It was magical. At night, the lights would glow from the building. I would tell my mother “Some day I’m going to go there, right?” and she’d say “yes, when you’re big enough”.

The day came. It was time for first grade.

The classroom was underground, with just two small windows in the back. There was florescent lighting, but I still remember it as incredibly dark. We were 35 kids in a class, sitting on wooden benches arranged in a U shape around the rabbi.

Rabbi Avraham Cohen. He was one intense fellow. He had a tremendously powerful voice. It would carry way above our own little voices as we started chanting the entire chumash, 40 times. He had a beautiful voice, and I would love to hear him sing. He rarely smiled, so when he did, you knew you had done something incredible. God was shining his light upon you for once. Take pleasure.

We started chanting on the very first day. I remember there was something magical about Genesis. Years later I learned that scholars believe that the first chapters were written by a different, more poetic person. I knew this intuitively.

It was painting magical worlds, similar only to my experience years later when reading The Narnia Series. It made no real sense, but it didn’t matter. It raised more questions than answers, but I was too young to articulate them. Every line seemed a misnomer – unrelated to the one before it.

“And a river flowed from Eden, to water the garden. And then it split into four heads… that’s where the bedolach and shoham stone could be found.” What were those magical things? How did they connect with the verse before them? It did matter. I can still sing those words by heart, in Hebrew with their traditional cantillation.

40 times. By third grade. By fourth grade I was finishing at 5pm, by 6th, at 6pm. And Rabbi Cohen stayed with us for five years. Which was great if you loved him, like I did. But if you hated him, you were screwed.

He had a dark side. I just learned to goodie two shoes around it. He’d stop us suddenly in the middle of reading and spot check if we knew where the class was at, or if we’d been daydreaming. I got really good at finding the spot really quickly, which still serves me to this day.

Misbehavior was punished by being sent out of the classroom, or being hit. Until 3rd grade, I had reading issues and didn’t behave well. I was slapped and hit a bunch, until my parents intervened. Then I got preferential treatment while everyone else around me continued to get hit.

He used to use a thin stick which he’d pick up from a woodshop near his house. One time he lined a bunch of us up in a row and started hitting our legs for some offense we’d done. The stick broke, so he reverted to a tree branch he’d confiscated from a kid earlier in the day.

Rev Avrohom commanded our absolute respect. When he raised his all powerful voice in fury, we’d all cower into our seats in terror. I specifically remember one time he screamed at us for leaving the bathroom an absolutely pigsty. There was always just puddles of piss all over the floor. I used the bathroom only a handful of times in the 11 years I was at that school.

He had the morning shift. In the afternoon was an “afternoon rebbe” for whom, inversely, the class had absolutely zero respect for. So we went through them like water, and watched them each cope with our subordinance in their own way – through helpless struggles or bursts of violent anger. Nothing worked.

Also in the afternoon, was the one hour a day of “secular subjects”. Two hours a week of math. Two hours of Hebrew grammar. One hour a week of enrichment, which seemed to consist mostly of Portuguese geography.

If the afternoon Rebbe commanded zero respect, the secular subjects “moreh” was in the double negatives. I was simultaneously entertained by the constant shenanigans the class pulled and his futile attempts at commanding order, while also frustrated by the absolute lack of progress we made. I actually found the math stuff interesting, and yet we learned very little of it. To this day my math is on a 6th grade level.

One day, the kids went all out and threw a bunch of orange peels at the afternoon rebbe. It was a new low. The following day, Reb Avrohom went into a rage. He had the kids who did it admit to it, and lined them up in a row. He pulled off his belt and, as the rest of class looked on in horror, proceeded to whip each kid in turn, repeatedly while they screamed and shrieked in pain and terror. Ariel Rubanovitch was the first to get it, and Reb Avrohom admitted afterwards that had gone too far.

We used to have this all-purpose toilet paper, which we fondly nicknamed sandpaper, sitting on the Rebbe’s desk. It was used for everything. Your butt, your nose, cleaning desks. It also was what Reb Avrohom used, together with duct tape, to bandage Ariel Rubanovtch’s welts.

No one is all good or evil. I still have a strange, Stockholm syndrome-like adoration for Reb Avrohom. It’s that strange love-fear-adoration people reserve for kings, or their fathers.

My mother used to tell that Shabbos guests in pride how much we loved our Rebbe. “They call him Harebbe, The Rebbe,” she would boast. I never bothered to correct her that every Rebbe was actually referred to that way, nor delved into the dark side of his behaviors.

Many kids in class absolutely hated him. But by the end of fifth grade, I’d clawed my way up to the “best kid in class” status by sheer, simpering ass kissingness. I was probably revolting to everyone else, but Reb Avrohom adored me, and me him.

Reb Avrohom was the Cohen at my son’s pidyon haben, and last I heard, the principle of a school somewhere in Jerusalem.